Are dentists in danger of becoming an endangered species?

Teeth that heal themselves, is it dental treatment science … or science fiction?

According to a recent report, science is going to replace a lot of dental treatment, so instead of making an appointment to see your dentist all you’ll have to do is ‘pop a pill’ or rub on some ‘magic gel’ to repair and rebuild your damaged teeth. At least that’s the future according to the latest revelations regarding the newest scientific breakthroughs. At Carisbrook, we’re not fully convinced. Would you call it dental treatment science fact or science fiction? We’ll let you decide.

Don’t forget that your local dentist has had to train for many years, learning about every aspect of oral hygiene and dental care before they can qualify and be registered to practice. They know, better than anyone, how to examine a patient’s teeth and to recognise the very earliest signs of potential problems. They are also skilled in providing the most appropriate dental treatment in order to rectify the most complex of dental problems – whatever they may be.

Tooth decay, gum disease, broken teeth, misaligned teeth… there is no one better than an experienced, qualified and registered dentist working alongside their skilful hygiene team to look after the well-being not only of your teeth but also your entire oral health.

So what are these new, novel and game-changing scientific dental treatment remedies that have lately been in the news?

Well, first of all, we have to say that they are all predicted to be available sometime in the future. None of them actually exist at the moment, but according to the scientists they are going to revolutionise dental treatment.

You be the judge.

A pill that will replace fillings

Instead of using fillings to repair a tooth cavity you will be able to take a pill that will make the damaged tooth repair itself. Will it be able to cure the tooth decay that originally caused the cavity though?

A gel that rebuilds tooth enamel

Once the enamel surface of your teeth is damaged, either by accident or tooth decay that is often caused by a diet containing too much sweet food and fizzy drinks, then at the moment, it cannot be repaired. Scientists in China say they have developed a gel that will encourage teeth to self-repair. It is still in the testing stage though.

An electric shock to avoid fillings

Instead of trusting traditional silver or the latest white fillings, scientists claim they can ‘zap’ the affected teeth with a painless jolt of electricity in order to encourage them to rebuild themselves.

A mouthwash that gives a super clean

According to scientists, this new mouthwash that is currently under research will clean the teeth better than any toothbrush or flossing can. It is claimed that the miracle mouthwash will destroy bacteria and biofilm in the mouth to prevent a build up of plaque and tartar.

Will these breakthroughs really happen? Well possibly, but exactly when we cannot tell. Maybe they will. Maybe they won’t. What we can confirm though is that whatever happens we at Carisbrook will be here to provide the highest standard of dental treatment – relieving pain, curing problems, caring for teeth and gums, offering professional advice and generally looking after all our patients in the best possible way.

If you would like to make an appointment for one of our dental team to examine your teeth then please contact us now.  At the moment we’re offering new patients a FREE CONSULTATION for their first appointment.  You can call us on 0161 951 7295 or alternatively you can contact us by using the online form on our Appointments page. 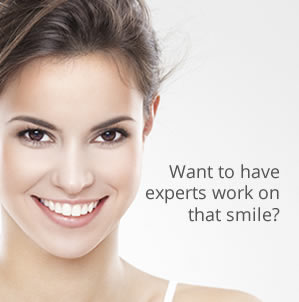